TUESDAY
Since monday did not end like sunday both CP and GI were fresh of the mark tuesday morning. We did meet our South African friends monday evening but decided (visely?) not to close any bars with them monday night.


As you might have noticed we spend quite a lot of time writing and updateing pictures and information on AWA so hopefully you are enjoying that.

We got a nice breakfast again and Christine picked us up and drove us straight to Lagavulin. We had been looking forward to Lagavulin and Ardbeg since those, with Laphroig, are our favorites. Christine was working fratically to get our "special" appointment at Ardbeg confirmed so we started with Lagavulin.

Two giddy schoolboys started the tour at Lagavulin with high hopes. Unfortunately Lagavulin is not very visitor-friendly and we were not allowed to take pictures anywhere inside the buildings anywhere.


We were SOOO disappointed and only broke the rule once to take a picture of the Spirit Safe. Look for that at the Lagavulin pages soon. (but since it was done 007-like with CP's camera-phone without any flash it is most likely not the best quality!). The dram was, of course, excellent at Lagavulin but could not make up for the disappointment of not being allowed any photography inside. As soon as we re-entered the visitors-centre, Christine was shouting at us and telling us to get a move on quick as possible: she had made arrangements with Ardbeg that we were to go on the next tour and they were holding that tour for us - for 15 mins it turned out to be. 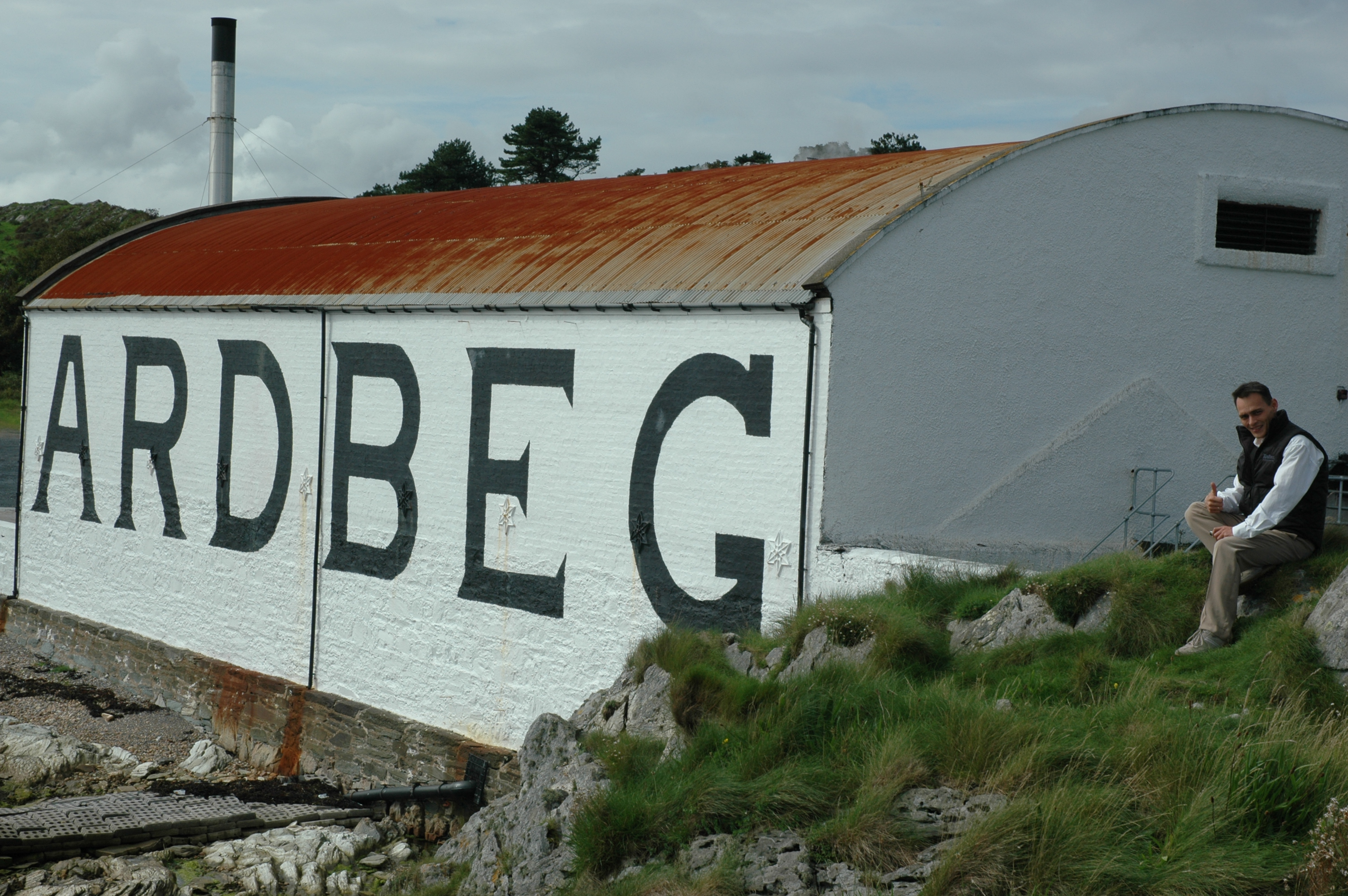 ARDBEG was everything Lagavulin was not. Ardbeg was without a doubt the HIGHLIGHT so far of the whisky tour of Heaven. We were met by Margareth who was out tour guide. We did not even get a chance to pay for the tour but just went right along with a rather large group of people. Of course photography was allowed throughout the tour - only at the spirit safe were we asked not to use flash. No problem, we just used GI's tremendous camera-phone to take excellent videos of freshly distilled Ardbeg running through the Spirit Safe. CP even got some ok photos using a higher ISO-setting so those will also soon be available at the Ardbeg pages. Also - look forward to a special Islay section coming soon right here on AWA.dk.


Ardbeg left a lasting impression on us. We were allowed a look into the Warehouses and discovered that there are only 3 (three) casks left of older Ardbeg at the distillery. All were 1975 casks and we wanted to take them all home. Sadly though, perhaps the only thing we weren't really allowed to do at Ardbeg was take home those casks. We probably wouldn't have been able to pay for them anyway but we did ask.
Douglas showed us around and he was also sad that there was no more of the good-old stuff left.
Marareth also arranged for us to have a look at the old Floor Malting areas that have been disused since
the 70's. They have recently been done over by some of the staff, particularely Yogi (who's not a baseball player nor a bear!), and he was kind enough to show us around. 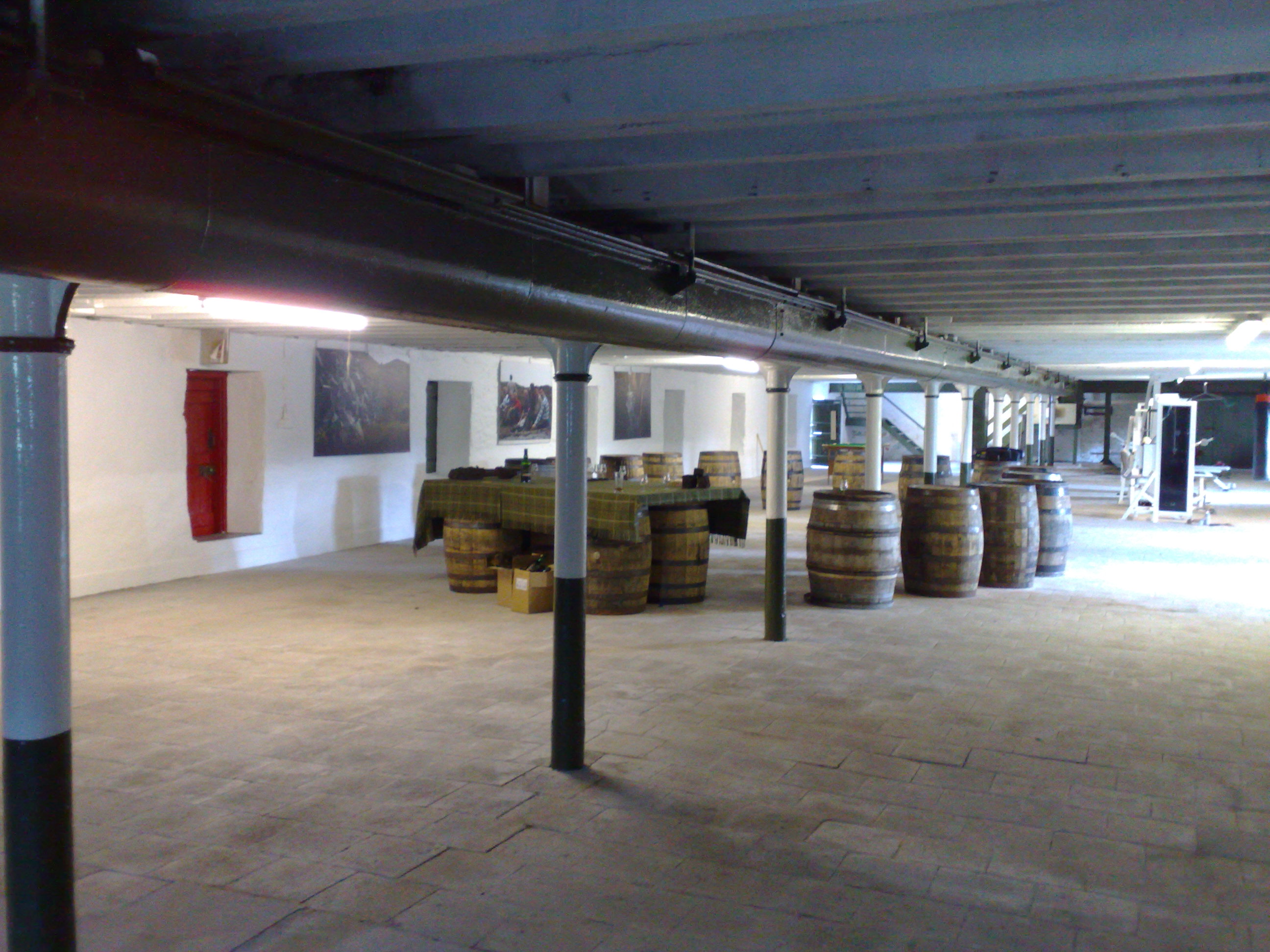 Standing in the loft at the old Floor Maltings was standing in the middle of History and although we asked and begged Yogi told us that there are no immediate plans of starting floor maltings again at Ardbeg. Yogi also showed us on old disused Kelm and sure enough: there was still peat left as fuel inside the old Kelm. 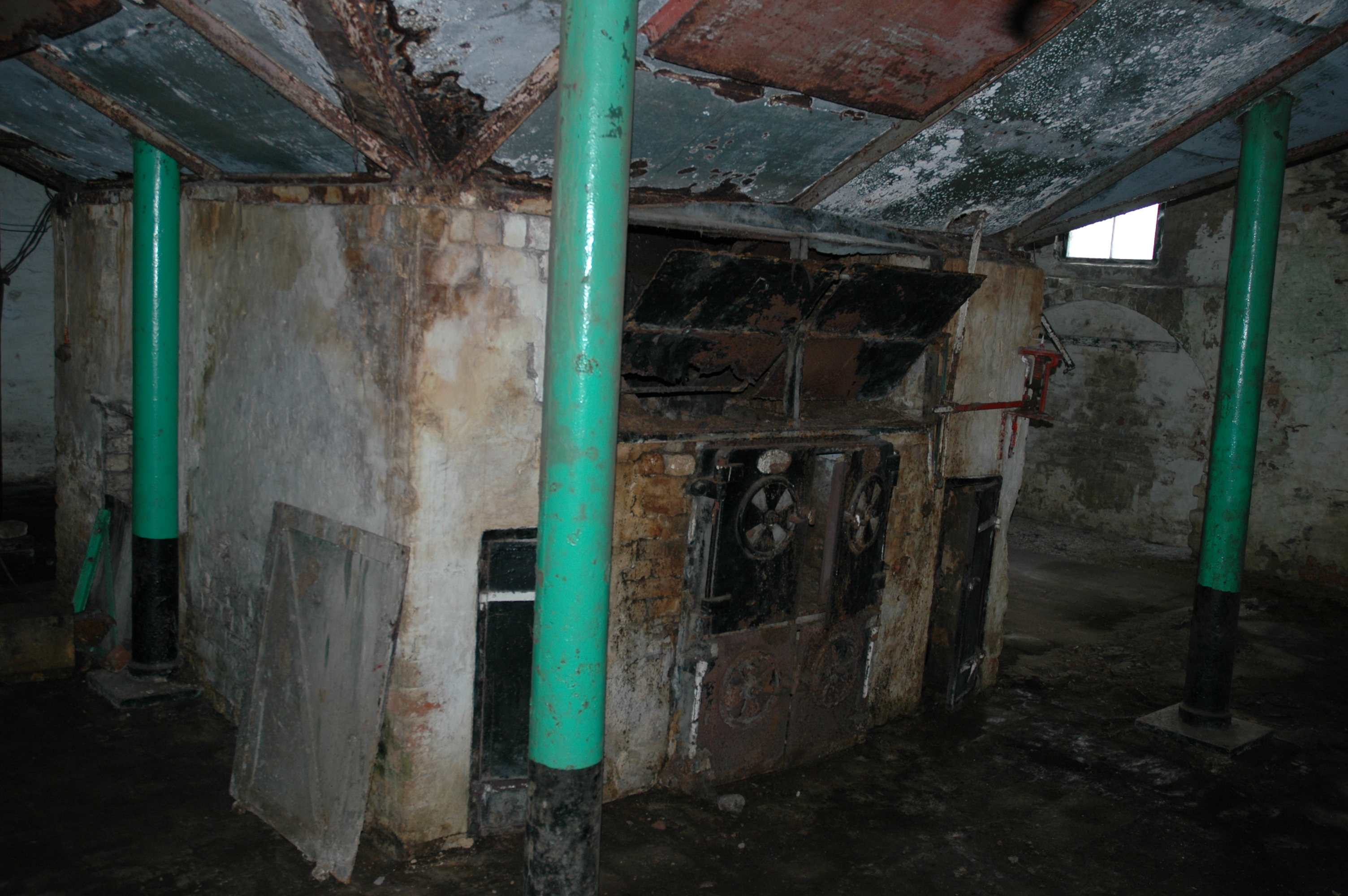 It was in a sorry state but Yogi had plans of cleaning it up and making it a part of the tour of Ardbeg. He was - as practically everyone else we've met on Islay - fastastically open and welcomming and there was only a time limit on what he was willing to show us. We had a really inspiring talk with Yogi and we were so sad when it was time to leave. (we also had a couple of Coca-Colas - we had to have something else than a dram - and when CP went to pay for them they would not accept payment).


We're bringing home two bottles of Ardbeg - and one is the NEW 10 yo - the first finished bottling after the reopening when Glenmorangie took over. Also a bottle only available to the Ardbeg Committee or at the distillery is coming home,  together with a lot of t-shirts, books, water jugs and other whisky-related trikets.


At this moment (6pm GMT) we are writing this blog and updating the site with pictures and information. We have made reservations at the Lochside Hotel's restaurant and are looking forward to eating there again.'


Last night we met a couple of other Danes who were travelleing with English friends. They are also eating at Lochside tonight so we might get together for a wee dram and/or a pint or two. They are travelleing with their own airplane so we have asked them to take pictures from the air of the different distilleries when they fly over tomorrow. We hope to be able to present those pictures for you later.


We have also been able to perform some Research for Merlot Tours who have been very helpful getting hotel reservations here on Islay. Merlot Tours are specialists regarding Bicyckle travels and Islay offers a lot of different possibillities for travellers using bicyckles. We hope Peter Kobbernagel from Merlot Tours will find all the information usefull and we "might" also have a wee gift for him picked up at the Ardbeg Distillery :-)


Tomorrow the plan is for us to go to Laphroig and later take a tour of Bowmore. We have tried unsuccessfully to book a "Craftsman" tour at Bowmore but that was sadly unavailable. We used to bus today to get back to Bowmore from Ardbeg and we are doing the same tomorrow. There are not that many buslines operating here and they are not very frequent but they are cheap(er than taxis) and just a fast.

For now, this is GI and CP signing off from Islay...