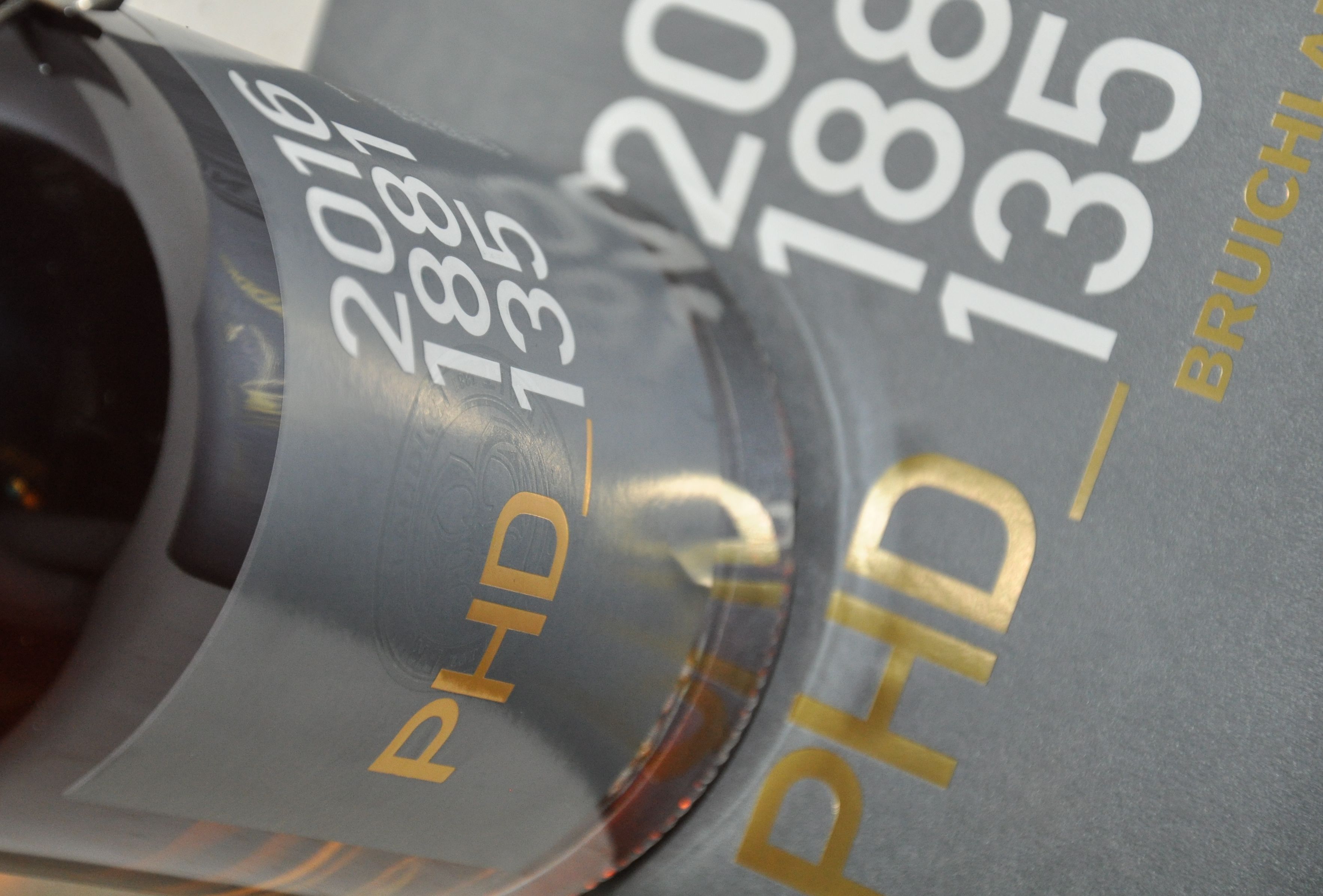 A Strictly Limited Edition 2016 Feis Ile bottling from Bruichladdich - PHD_135, Only 1881 bottles were produced and were made available through the distillery only. Vol: 50% Size: 70 cl Distillery / Blender: Bruichladdich Region: Islay Number of Bottles: 1881 Lot Type: Full Size https://maltactivist.com/2016/09/07/bruichladdich-feis-ile-2016-phd/ From Bruichladdich Website https://www.bruichladdich.com/article/the-2016-feis-drams Head distiller Adam Hannett released three fascinating new whiskies at Feis Ile last month – each of which was dramatically different in style. The first was his vatting of casks that had been filled in 2001, the first year of the resurrection of Bruichladdich. The malt was peated to 10ppm, but at least fourteen years in first fill ex-Bourbon, sherry and French wine casks had tempered the effect of the phenols significantly. Adam then added a further dimension to the dram by finishing it in virgin oak prior to bottling at 50% alc. vol.. Appropriately named ‘The Lasting Power of Vision’, just 1,881 x 70cl bottles were made available at £95. Then there were two ‘Valinch’ style 50cl bottles from grain distilled from barley grown on single Islay farms. A heavily-peated Port Charlotte was distilled in December 2008 from that year’s harvest of the barley variety ‘Chalice’ at Starchmill farm, which is centrally located on the island. Four hundred and ten bottles were derived at 61% from a single Rivesaltes cask (number 3821) at seven years old. In 2006, a harvest of Chalice barley from Dunlossit Farm on the east of the island was distilled in November of the same year. It was also matured in a Rivesaltes cask (number 3304) and again 410 bottles were filled at 61% alc. vol. and nine years old. Both of these single farm expressions were available at £75.00 Estimate price range £85-100

There are yet no reviews for this product.